by Ranjan Kumar on May 9th, 2017 under Liquor Products News Wine

Have you ever considered that each sip of red wine you drink provides numerous health benefits? Red wine has been consumed throughout human civilization and its impact on health has been widely studied in animals and humans. According to an article published by Cornell University, archaeologists date wine making and consumption as far back as 6000 B.C.

Is Red Wine an Alternative to Exercise?

Recently, a viral post on social media claimed that a glass of red wine is equivalent to an hour of exercise at the gym. Research conducted at the University of Alberta dispels this myth; however, resveratrol – an ingredient in red wine – has been shown to improve exercise performance. Yet we would need to consume 100 or more bottles of wine per day to reach the resveratrol levels required to achieve similar results, suggests Dr. Jason Dyck, Faculty of Medicine & Dentistry at the University of Alberta. 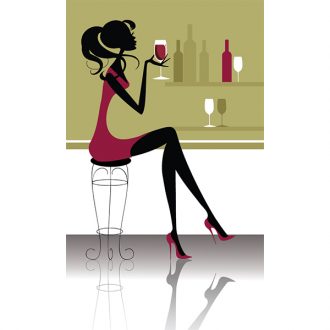 The good news is that red wine does increase your HDL cholesterol (good cholesterol) when consumed in moderation. According to the US Department of Agriculture, one glass of wine for women and two glasses for men are considered moderate. [w1]

Research indicates that red wine is richer in antioxidants such as resveratrol and quercetin, which are found in grape skins, blueberries and other fruits. Both antioxidants contain anti-inflammatory properties, which neutralize the free radicals in our body and protect us against cancer, cardiovascular and neurodegenerative disorders, and play a pivotal role in reversing the aging process.

In a study conducted by Rush University Medical Center, eating the Mediterranean diet along with a daily glass of wine improved the memory and cognitive abilities of older individuals compared to someone seven years younger. Another independent study conducted on 7,485 moderate wine drinkers aged 20-64 years showed superior cognitive functions as compared to non-drinkers in a similar age group.

Resveratrol plays a key role in resisting the aging process. Research conducted by a group from Dr. Sinclair Lab at Harvard Medical School concluded that it’s resveratrol, not red wine, which increases the life span of mice. Another independent study conducted at University of London suggested that the antioxidant procyanidin, found in red wine, keeps blood vessels healthy and supports the anti-aging process.

Is it Good or Bad for Health?

In spite of vast research conducted worldwide suggesting red wine’s benefits for health, Dr. Tim Stockwell at the University of Victoria believes that the findings may be over-exaggerated based on the consumption of individuals and their drinking habits. Whatever beneficial effects may come from resveratrol in wine has yet to be proven and further research is still necessary.

Research from numerous studies concludes that resveratrol improves lung function and prevents damage after stroke, lung cancer, liver disease, prostate cancer and Type 2 Diabetes. However, we should be aware that red wine contains very low levels of resveratrol and one might not attain sufficient levels from consuming one to two glasses of wine each day. Instead, a healthier option to boost your resveratrol levels is to eat blueberries, red grapes and exercise 20 minutes per day.