A Rare Find in the Foothills

by Joanne Sasvari on Aug 7th, 2019 under News People

Nestled against the Rocky Mountain foothills northwest of Calgary, the town of Sundre is among the most scenic in Alberta. It’s small—population 2,729—and it may seem remote out there on the Cowboy Trail, but it is an increasingly popular destination for visitors who love hiking, hunting, golfing, and enjoying the great outdoors, often with a beer or glass of wine in hand. And many of them stop to stock up their RVs and backpacks at Main Avenue Liquor. 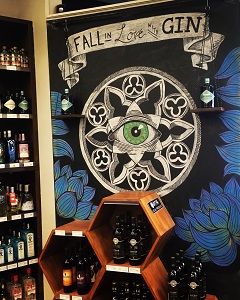 “We’re the last town before you go west to Crown land,” says manager Cherie Petersen. “We go from 3,000 people in winter to 10,000 people in summer. We’re right beside the IGA, which is definitely the best location in town, but we want to set ourselves apart for those city people.”

For such a small community, Sundre has an abundance of liquor stores—four of them. So Cherie and her mother, Nanci Ashton, who has owned Main Avenue Liquor since 2005, have worked hard to differentiate themselves from the rest. They have done so by developing an impressive craft beer and scotch whisky selection, and according to Cherie, “We’ve really dug into our wine selection the last few years to up our game a little.”

For the most part, upping the game means adding new wines from BC, Italy, and Spain (Cherie just returned from a research trip to Rioja) that are mostly in the low-to-mid-range pricewise, but punch well above their weight in every other way. “We’re trying to bring in some really interesting, off-the-beaten-track wines,” Cherie describes. “We try to find these gems that are super yummy and not too expensive. We’re pretty small, so we have to pick and choose what we sell.”

The store itself is just 1,000 sq. ft. including the storage area in the back, leaving little room to stockpile product that doesn’t sell. Two of its walls are taken up with coolers of beer and wine. An ever-changing chalkboard announcing new products and specials is a central feature of the store. “One of our employees is a fantastic artist and she does a chalkboard wall every couple of months,” Cherie explains. “Her artwork is very beautiful.”

We’re pretty small, so we have to pick and choose what we sell.

The rest of the space features dark wooden shelving filled with wine, spirits, and a whole section of mead, which is surprisingly popular in Sundre. Or perhaps it’s not that surprising after all, given that the town is located on Highway 22 right between two meaderies. “A lot of Alberta honey producers make mead, and we sell a lot of it,” Cherie says. 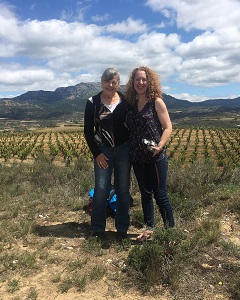 However, Main Avenue Liquor really specializes in craft beer, especially beer from Alberta producers. “People want to shop local,” Cherie explains. Although they don’t have room for a growler station, they carry dozens of local ales and lagers (there are about 80 active producers in the province, and 125 existing and pending brewery licences). These are a huge hit with visitors and locals alike, as is the varied selection of single malt and blended whiskies. “That started with mom’s love of scotch,” Cherie describes. “She wanted to keep stuff in the store that she wanted to drink.” 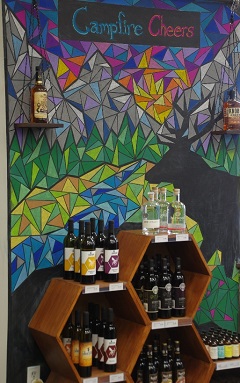 Of course, even the most beautiful room and exceptional stock won’t make a difference if a store doesn’t have the service to back it up. While they don’t have highly trained sommeliers and cicerones on staff, Cherie and her team offer friendly, attentive service, and infectious passion for the products they sell.

That passion comes across at the in-store tastings, classes, and other events Main Avenue Liquor holds in the centre of the store, such as the recent classic cocktail seminar or the bubbly kickoff to the holiday season. These sessions are sometimes led by Cherie’s brother Owen, and sometimes by outside experts. A local caterer, Twisted Pantry, provides nibbles to go along with the wine, beer, cocktails, or spirits.

“People really like our events,” Cherie says. “They’re very well-received. We keep them simple and fun.”

And what more could you ask for if you’re heading out on the Cowboy Trail, looking for adventure and something delicious to quench your thirst along the way?